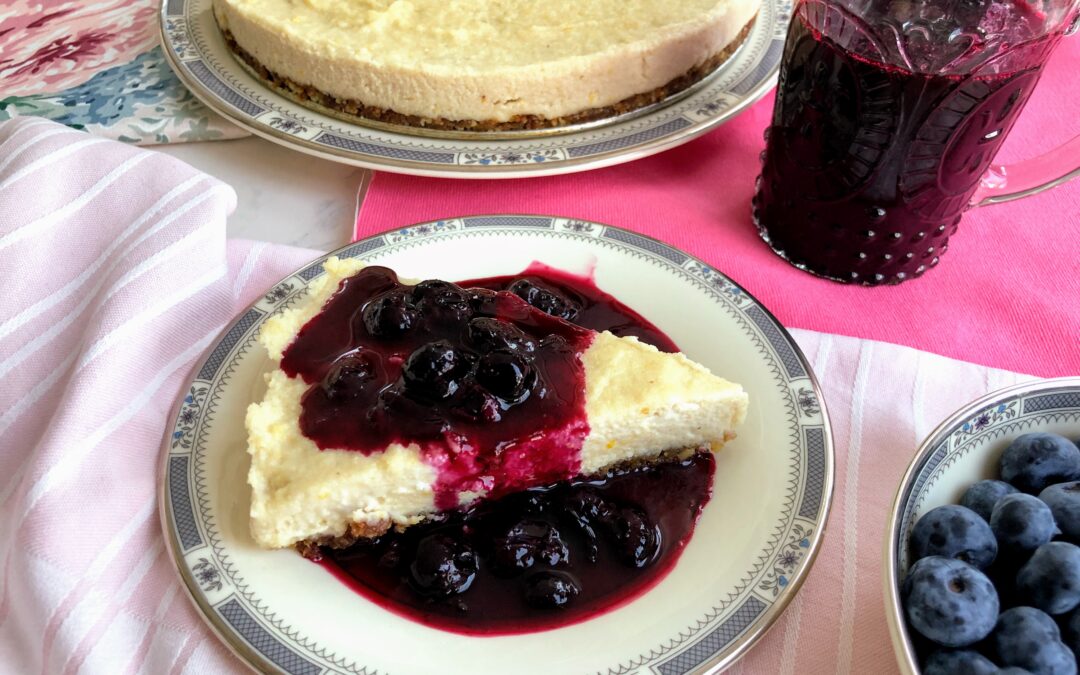 Valentine’s Day is just around the corner, and for many that means gifts, a special dinner and a fancy dessert. My love and I don’t celebrate Valentine’s Day because we both believe that celebrating our relationship should not be left to one day of the year, and because we are not in favour of the personal pressure to spend that surrounds the day (not to mention that fact that Valentine’s Day originated as a celebration of a beheading, hardly a symbol of love). In 2020 more than $27 billion was spent on Valentine’s Day, with the average spending at close to $200. For those who do like to plan a special meal to celebrate, this rich and creamy no-bake Vegan Lemon Cheesecake with Blueberry Sauce is easy to make and sure to impress. 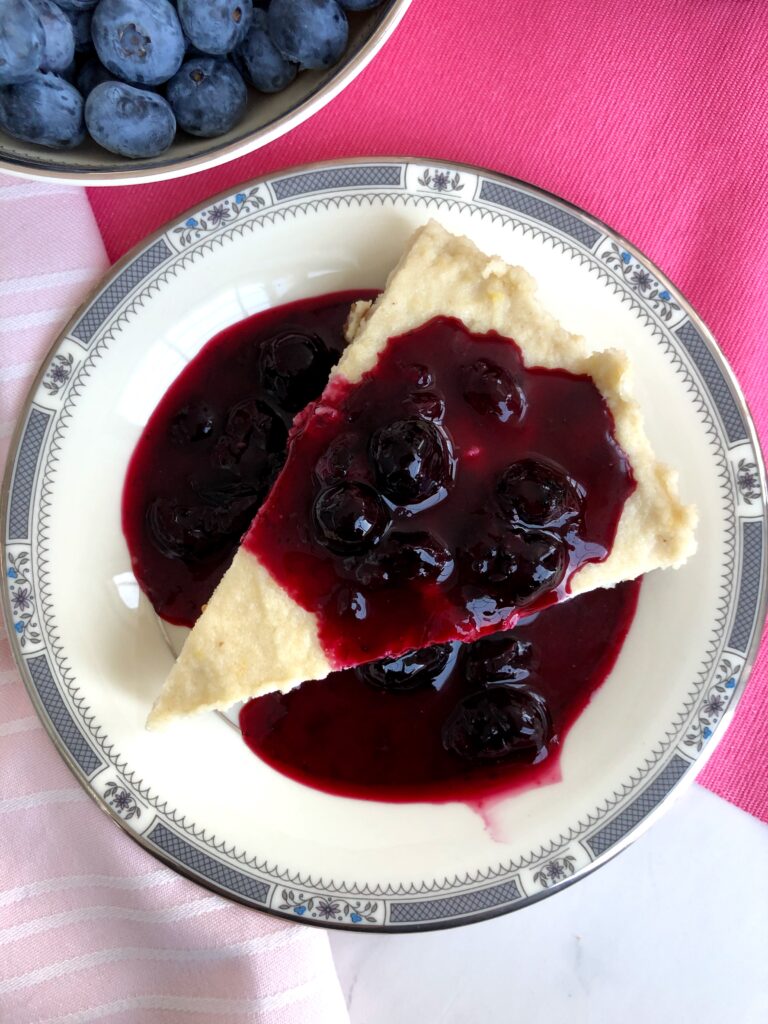 Vegan cashew cheesecake is really very simple to make, and once you’ve got the basics down you can play around a bit, starting with the base, like changing the kind of nuts you use or adding some coconut flakes or cacao. I used walnuts for the crust in this recipe, but it really was a toss-up between walnuts and pecans. I just happened to have more walnuts in the freezer (I recommend storing nuts in the fridge or freezer to extend shelf life, so the nuts don’t go rancid). I added some additional ingredients and made a chocolate crust when I made my Chocolate Cashew Cheesecake, but for this one it is super simple: walnuts, Medjool dates and a pinch of salt. If you’ve ever snacked on a pillowy soft Medjool date stuffed with a walnut, you’ll already know how amazing the crust tastes! 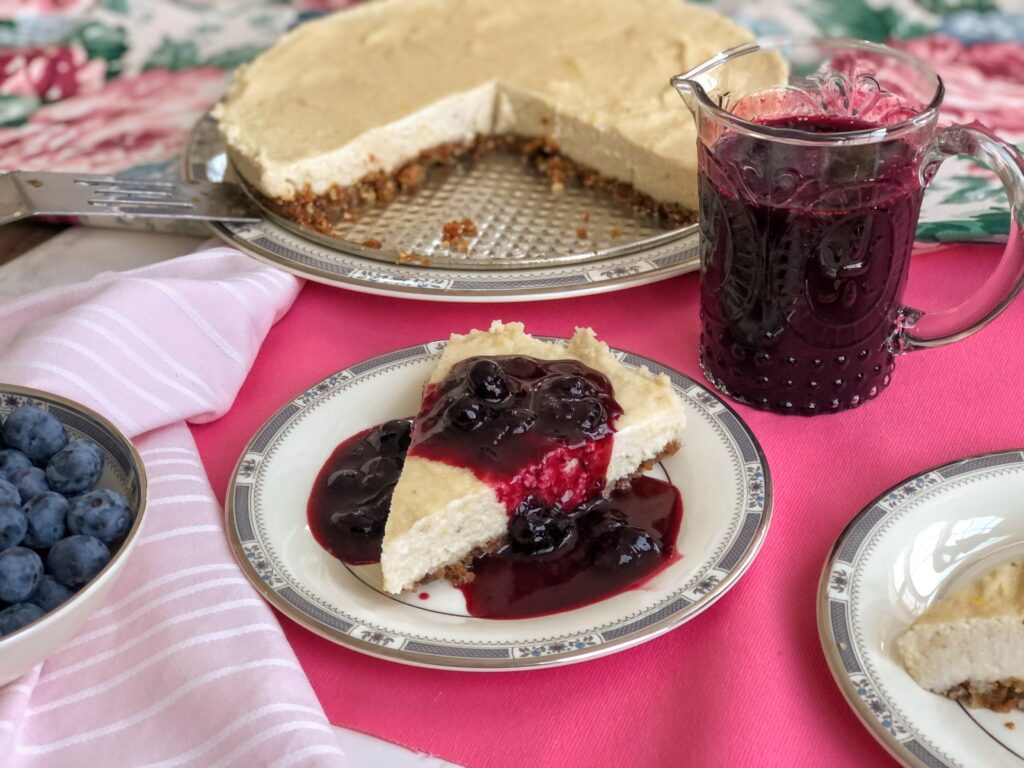 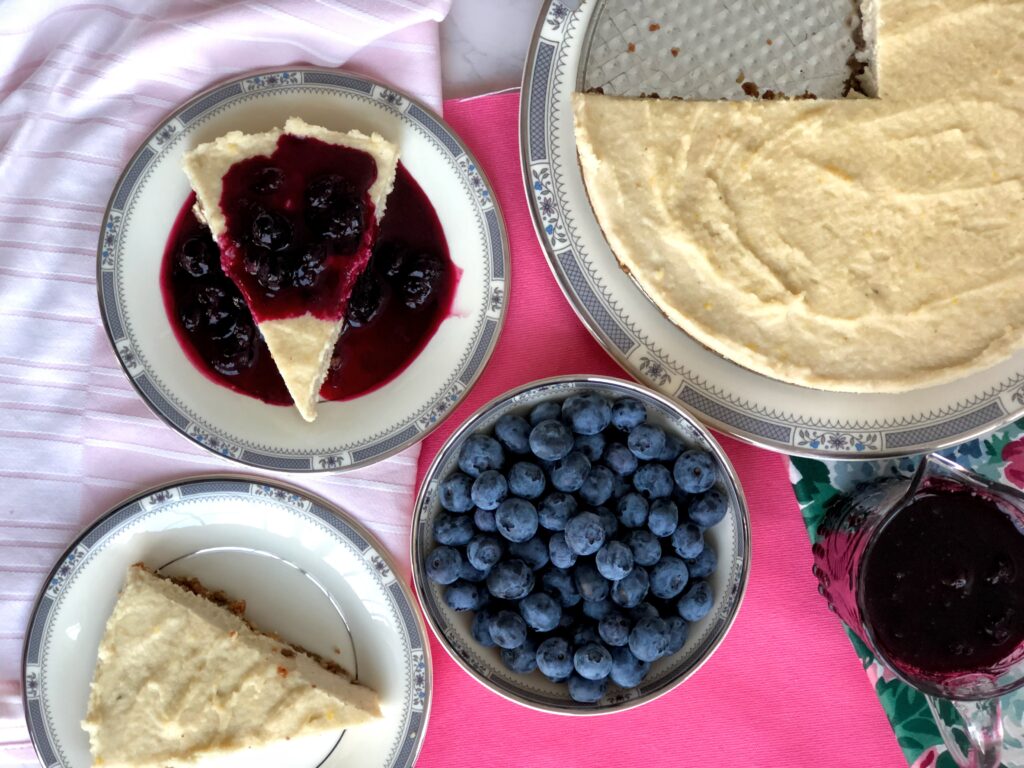 A couple of key elements are required in making cashew cheesecake: soaking the cashews and having a good quality food processor or a high-speed blender that can handle nuts. Soaking the nuts softens them and the right kitchen appliance makes for a creamy cheesecake texture. My mom’s 30+ year old Cuisinart food processor does the trick for me. A springform pan is ideal but you can make this cheesecake in a pie plate or even a square glass baking dish. It’s just easier to serve when using a springform pan.

The blueberry sauce is a lovely compliment to the lemony taste of the cheesecake, but you could use strawberries or raspberries instead if you prefer them or that is what you already have in your freezer. If you have extra blueberry sauce it would be fantastic drizzled over Lemon Blueberry Cake. 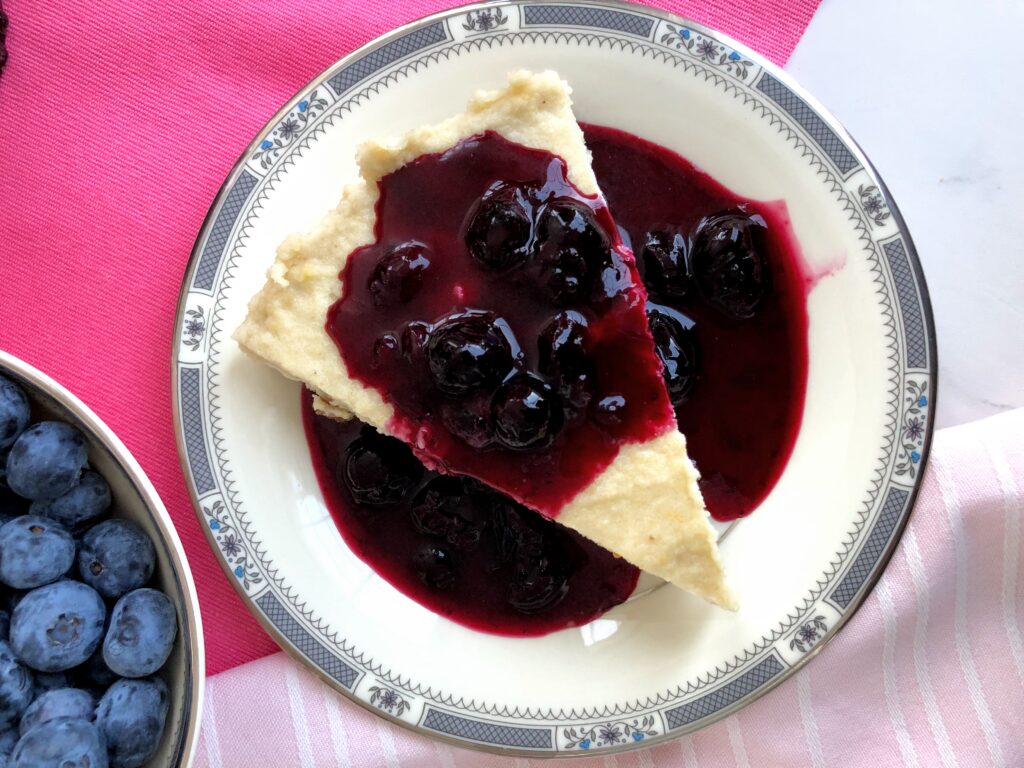 Let every day be a celebration with whoever the special people are in your life and show them some love with Vegan Lemon Cheesecake with Blueberry Sauce. If you try this cheesecake, I’d love to hear what you think or, if you make any changes, what you do differently. Leave a comment and rate it below. 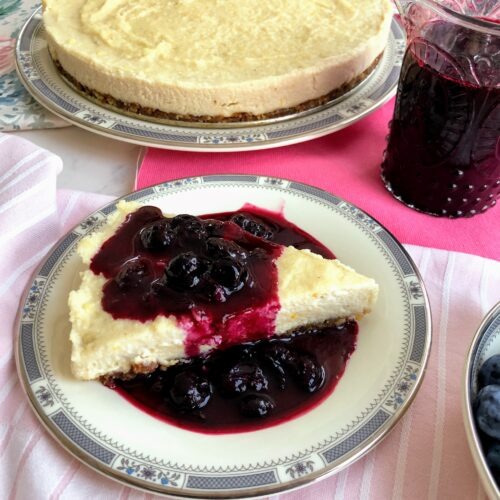