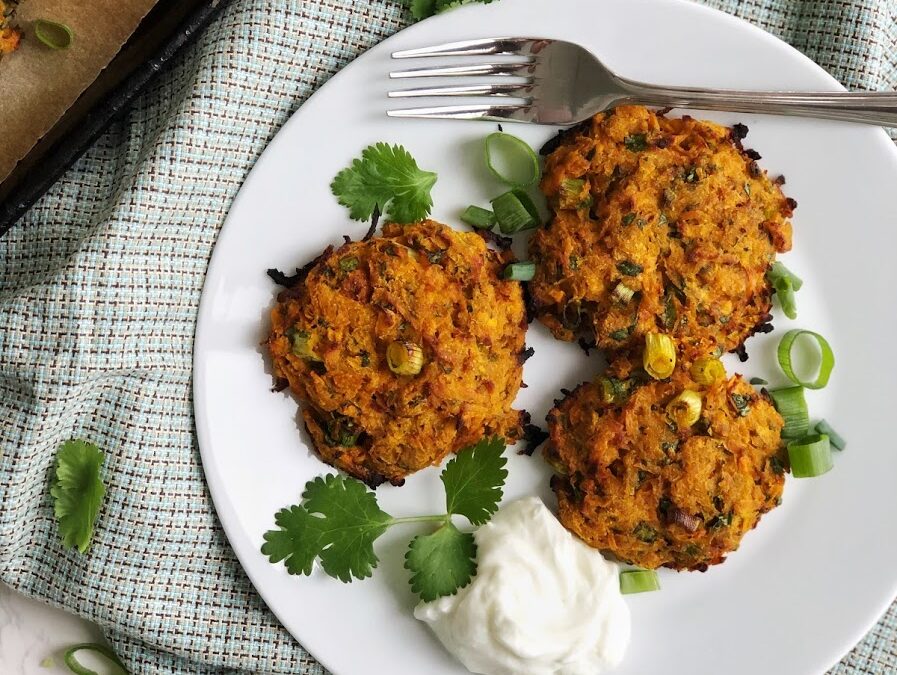 A fresh take on an old classic, these Sweet Potato Latkes are perfect for any meal of the day.

I had quite the conversation with myself as I was making these Sweet Potato Latkes. Are they potato pancakes? Are they fritters? Are they hash browns? Are they latkes? It reminded me of my beloved career of teaching children who were deaf. They could describe things, sometimes in great detail, but naming them was much more difficult because they had not had enough exposure to the vocabulary and context to be able to internalize the name of the item(s) they were describing. That’s a bit like how I feel with these Sweet Potato Latkes. I don’t really know the difference between latkes, fritters, hash browns and potato pancakes, but I know they’re like all of these. So, you can call them whatever you like but I’m happily proclaiming these to be Sweet Potato Latkes (even though they’re baked, not fried). 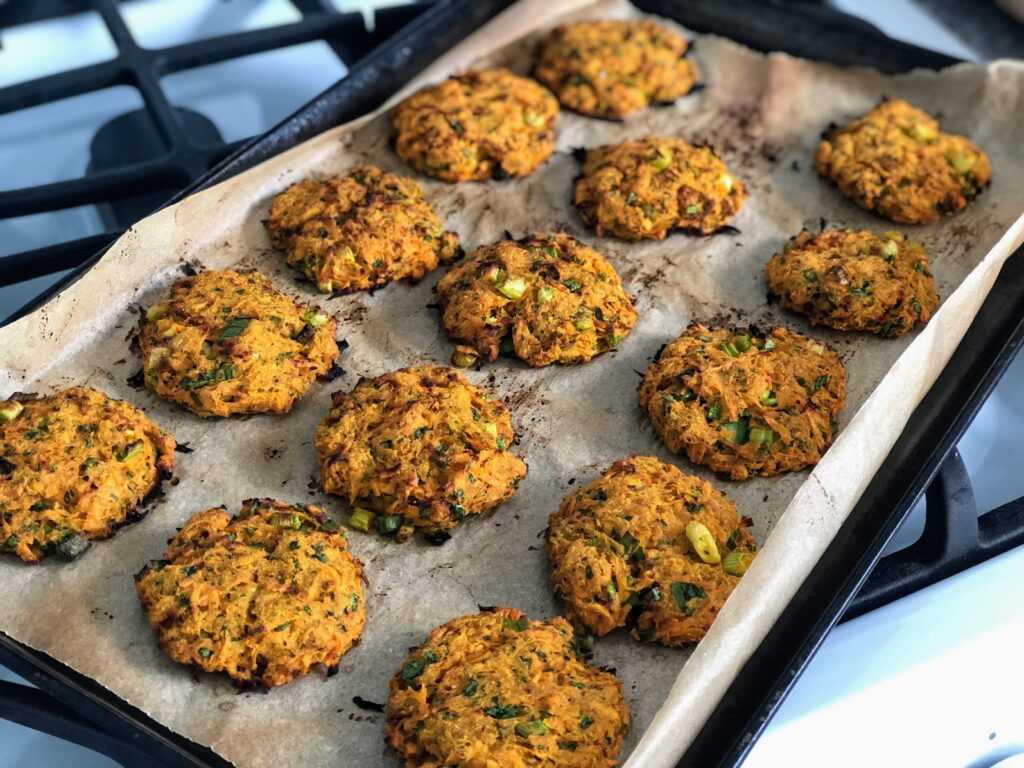 Typically, latkes are made with white potatoes (usually russet, which have a dry, mealy texture), white flour, onion and eggs, fried in vegetable oil. I’ve also seen some recipes that call for breadcrumbs and chicken fat for frying. There will be no white flour, no breadcrumbs and no vegetable oil or chicken fat in these Sweet Potato Latkes. Instead I used sweet potatoes and coconut flour and am going for the baked option rather than frying. The coconut flour makes these latkes paleo if the salt is omitted. 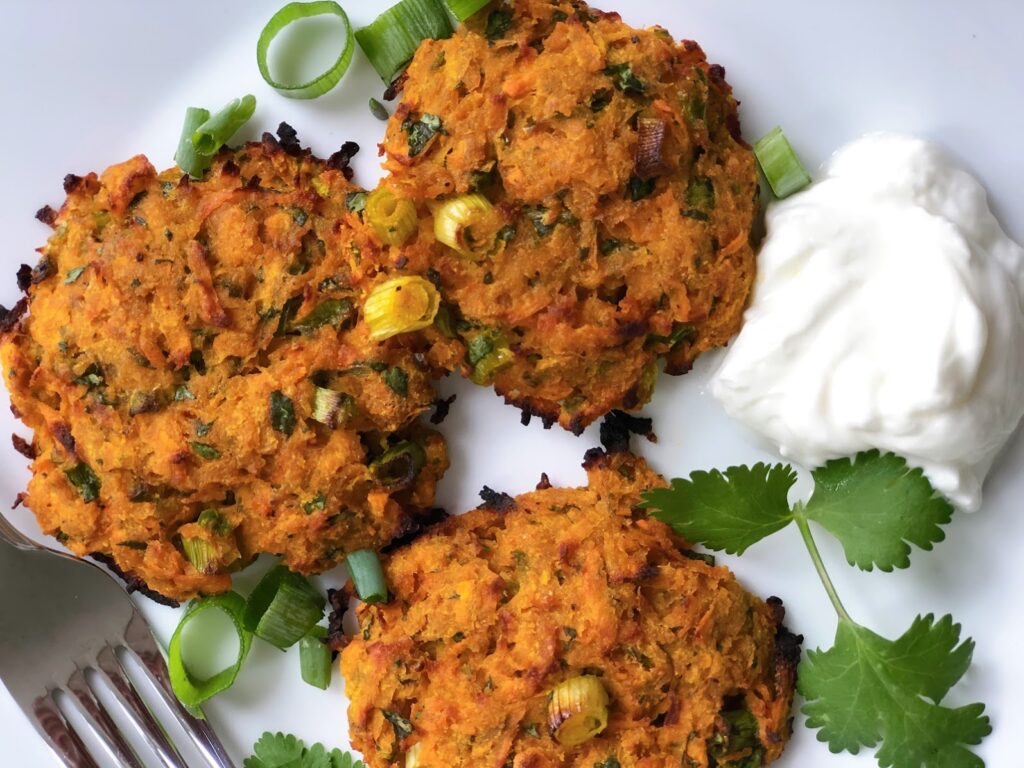 Have you ever wondered what vegetable oil actually is? Olive oil is made from pressed olives, walnut oil is pressed from walnuts, coconut oil is pressed from coconuts, but the ever-mysterious vegetable oil, hmm? It is not pressed from anything. Vegetable oil is seed oil, made from a variety of seeds including soybeans, canola, sunflower, safflower or corn. The problem with vegetable oil is in the processing. It is not pressed to extract oils. It is extracted mechanically using a solvent, refined with high heat, bleached and deodorized. Is it beginning to sound less appealing now? These oils are unstable,  and pro-inflammatory, which can lead to a number of inflammatory diseases.

Replace any inflammatory oils in your pantry with heart healthy oils such as olive, coconut, avocado and ghee. 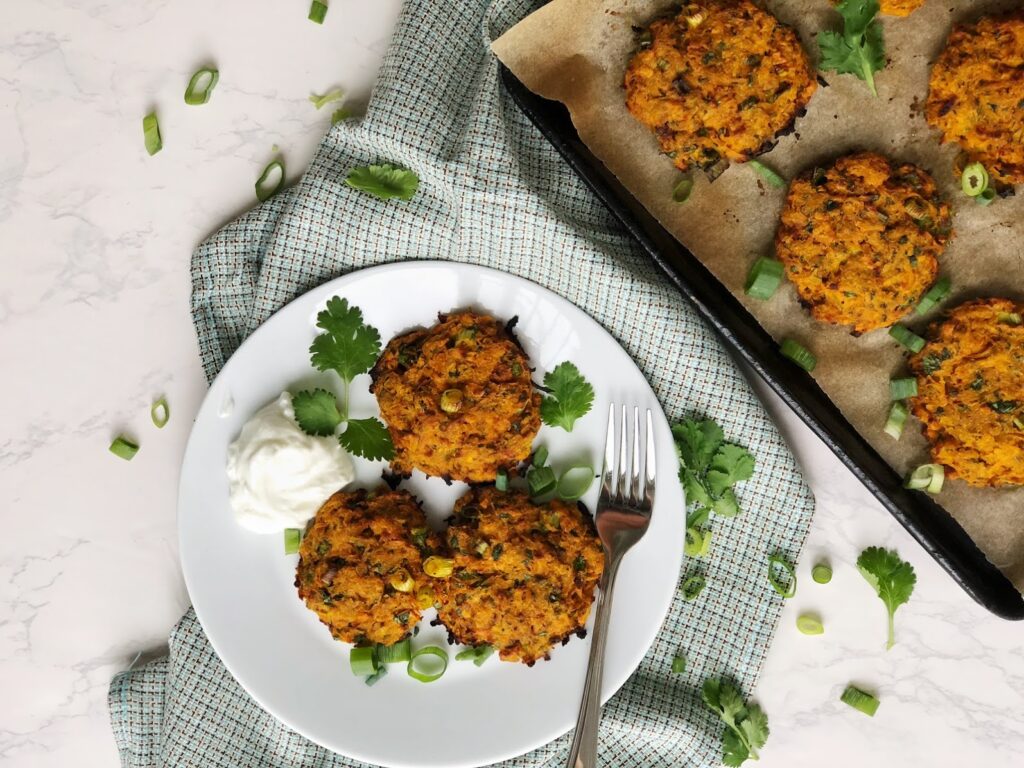 These latkes come together pretty quickly. A food processor makes preparation super-fast, but the grating blade is the one blade that is missing from my hand-me-down 30+ year old trusty food processor, so I used a $5 cheese grater, which works just fine. Furthermore, a grate is a lot easier to clean that the food processor. You do whatever works for you to get the sweet potatoes grated.

Since we’re using sweet potatoes instead of dry russet or other white potatoes, we’ll be squeezing out the moisture. Have you ever squeezed grated sweet potato? You may not think that any liquid would be released, but trust me, there will be a little, and this helps the latkes to not be too wet inside. 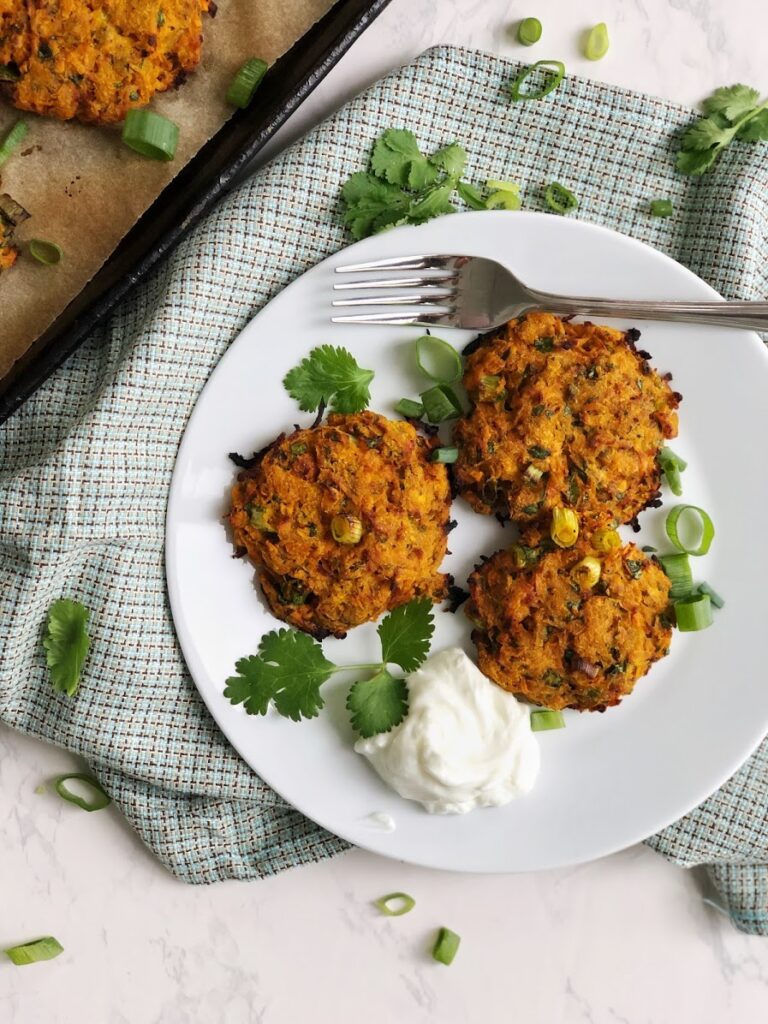 I decided to make my latkes a little spicy, but you can totally change the herb blend to suit your tastes. You could try basil and oregano or cinnamon and allspice if you don’t have a “spicy” palette. I used jalapeno, cumin, paprika and turmeric. I found two tablespoons of chopped jalapeno adds just a hint of warmth, enough to know it’s there but without heat. If you like the heat, toss in another tablespoon of chopped jalapeno and leave in the seeds. 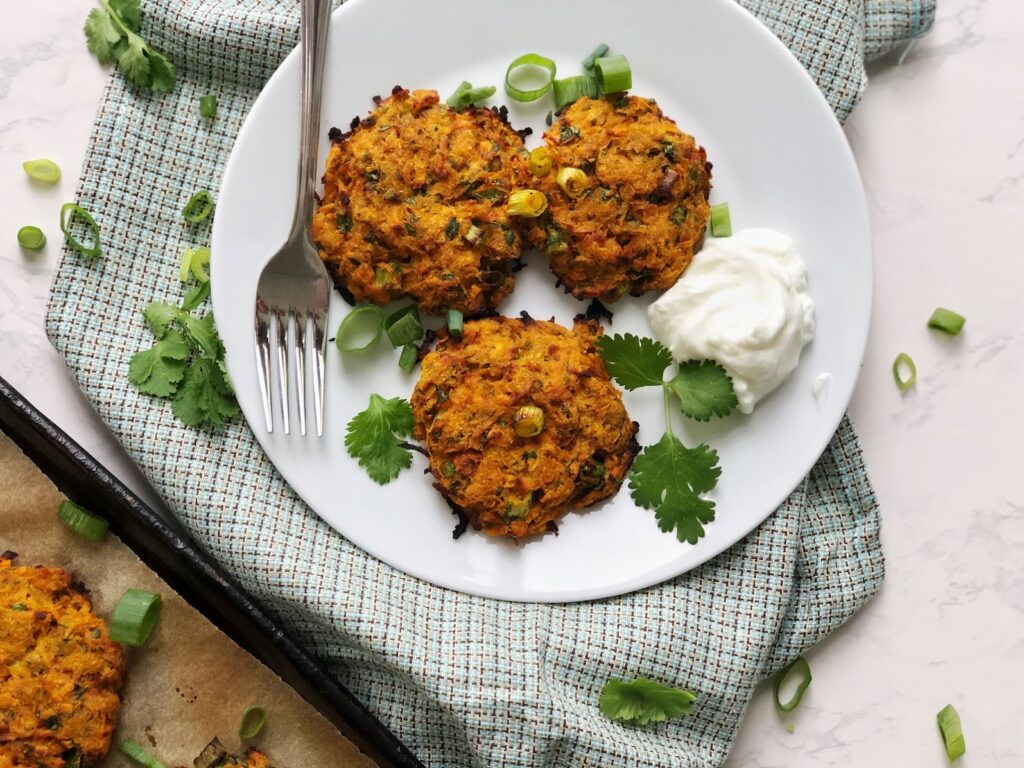 Looking for more sweet potato recipes? Check these out:

A fresh take on an old classic, these Sweet Potato Latkes are perfect for any meal of the day.

Serve with salsa and, if you eat dairy, some Greek yogurt. You can change the herb blend to suit your tastes. Try basil and oregano or cinnamon and allspice if you don’t have a “spicy” palette. I found two tablespoons of chopped jalapeno adds just enough flavour to know it’s there but without heat. If you like the heat, toss in another tablespoon of chopped jalapeno and leave in the seeds.
Keyword dairy free, gluten free, paleo-friendly, sweet potato latkes, sweet potatoes, vegetarian 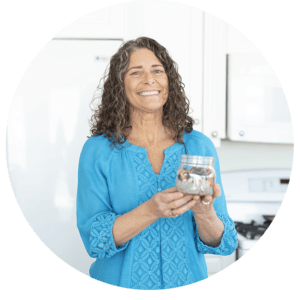 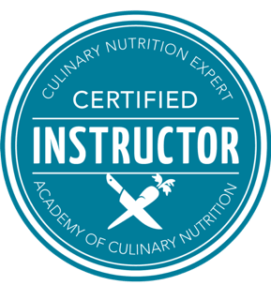 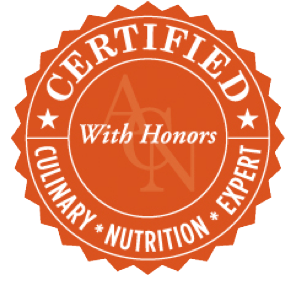