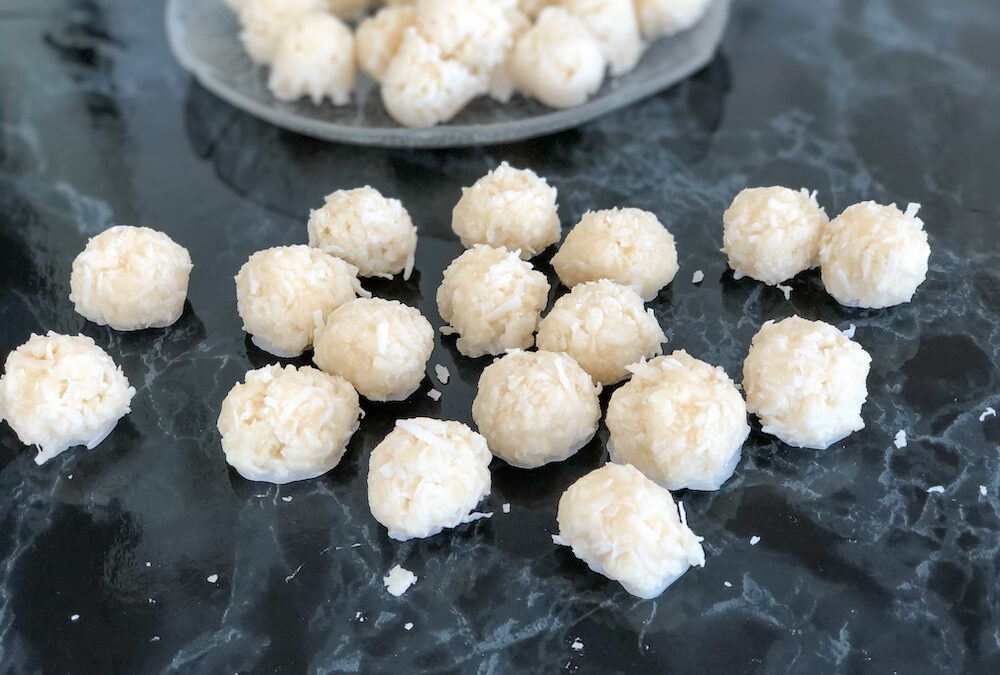 Sometimes you just need a little treat, am I right? My quick and easy go-to recipes include Almond Butter Raw Energy Balls and Quick and Easy Raw Energy Squares. But when coconut is on my mind these Coconut Mounds take less than 15 minutes to make and are the perfect little blast of coconut-y goodness.

There was a time that I didn’t love coconut, but then somewhere along the way I discovered how delicious it actually is. I can’t get enough of it now. If you’re a coconut lover these little gems are your new best friend. These delectable Coconut Mounds are coconut times three with a bit of maple syrup for sweetness.

For these Coconut Mounds you’ll need: 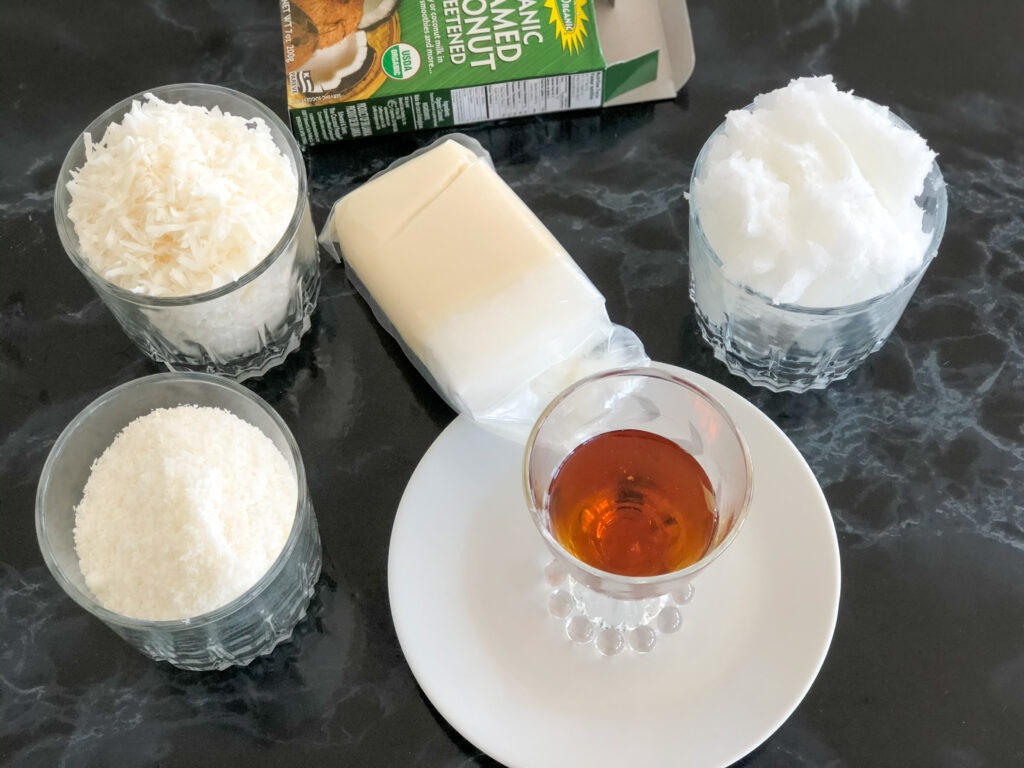 Before we get to the recipe you might have questions about coconut, so here we go:

Coconut oil used to be vilified because of its saturated fats. Now we know that coconut oil is health promoting. About half of the fatty acids in coconut oil come from a medium chain triglyceride called lauric acid. The only other rich source of lauric acid is in breast milk. Lauric acid is converted into monolaurin, which has shown to have antibacterial, antiviral, antifungal and antimicrobial effects.

Unrefined or virgin coconut oil is coconut oil from mature, fresh coconuts that has been extracted without refining. It retains the scent and flavour of coconut.

Refined coconut oil is bleached and deodorized and has a neutral taste. 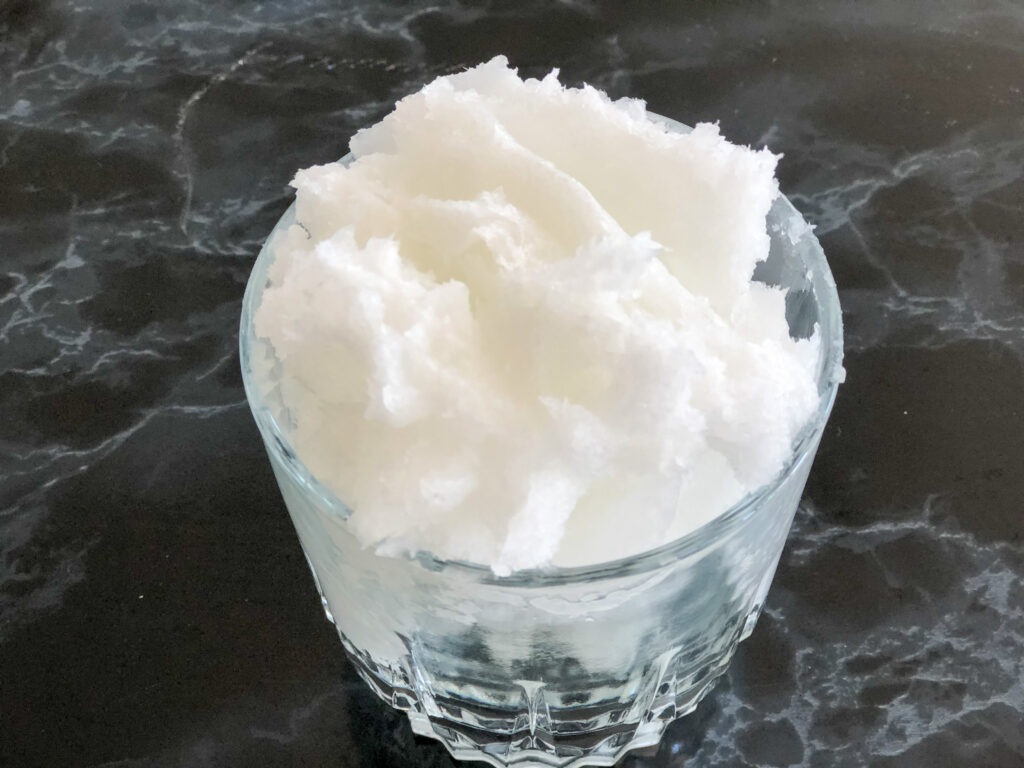 Dried coconut meat is referred to as desiccated coconut and can be purchased either shredded or flaked, which is simply a difference in the size of the pieces. Shredded is grated finer than flaked, but they can sometimes be labelled interchangeably. 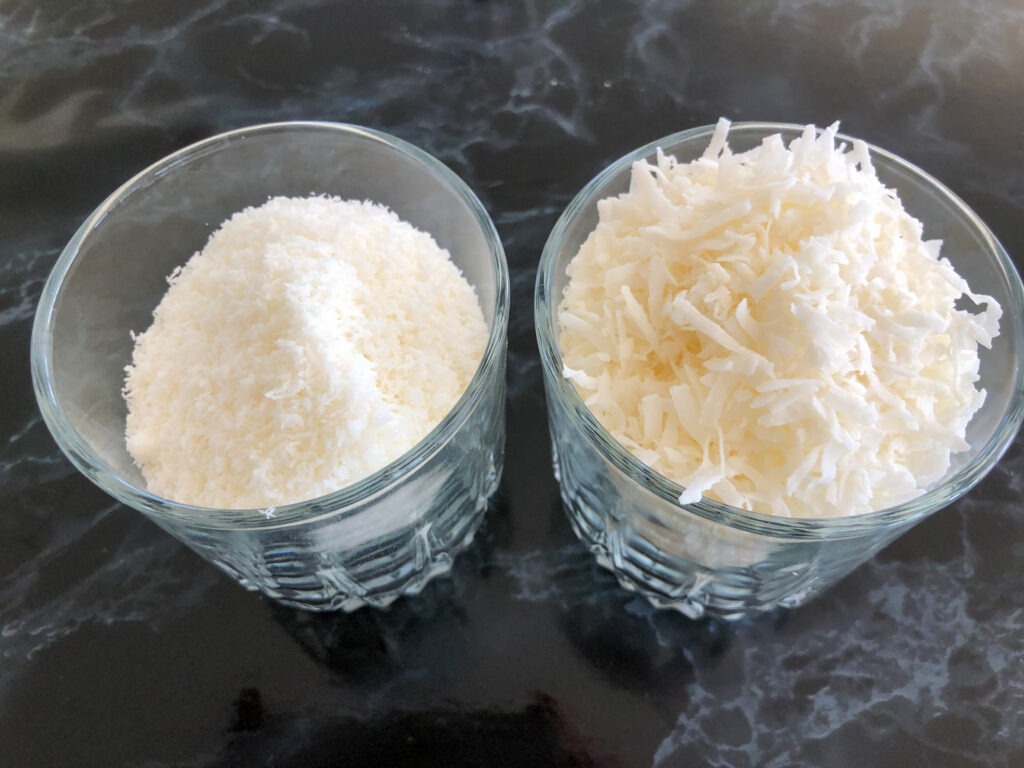 Coconut milk is the white milk that is extracted from mature coconuts when coconuts are pureed with water. The color and rich taste of coconut milk are due to the fat content.

When purchasing coconut milk look for BPA cans that ideally do not contain emulsifiers or stabilizers like guar gum.  Be sure to shake coconut milk vigorously before opening or else you’ll have a layer of thick coconut cream on the top and liquid beneath it.

Coconut cream is essentially a can of the thick creamy layer that floats to the top of a can of coconut milk, without the liquid beneath. Coconut cream is quite rich and makes a delicious and decadent ice cream.

Creamed coconut is made from coconut meat that has been shredded, dehydrated and pressed into a block that remains solid at room temperature. Typically, the solid block will have a small layer of coconut oil on the top. Creamed coconut has to be heated to melt before using.

Creamed coconut, coconut butter and coconut manna are essentially the same thing; solid at room temperature and creamy and spreadable when heated. 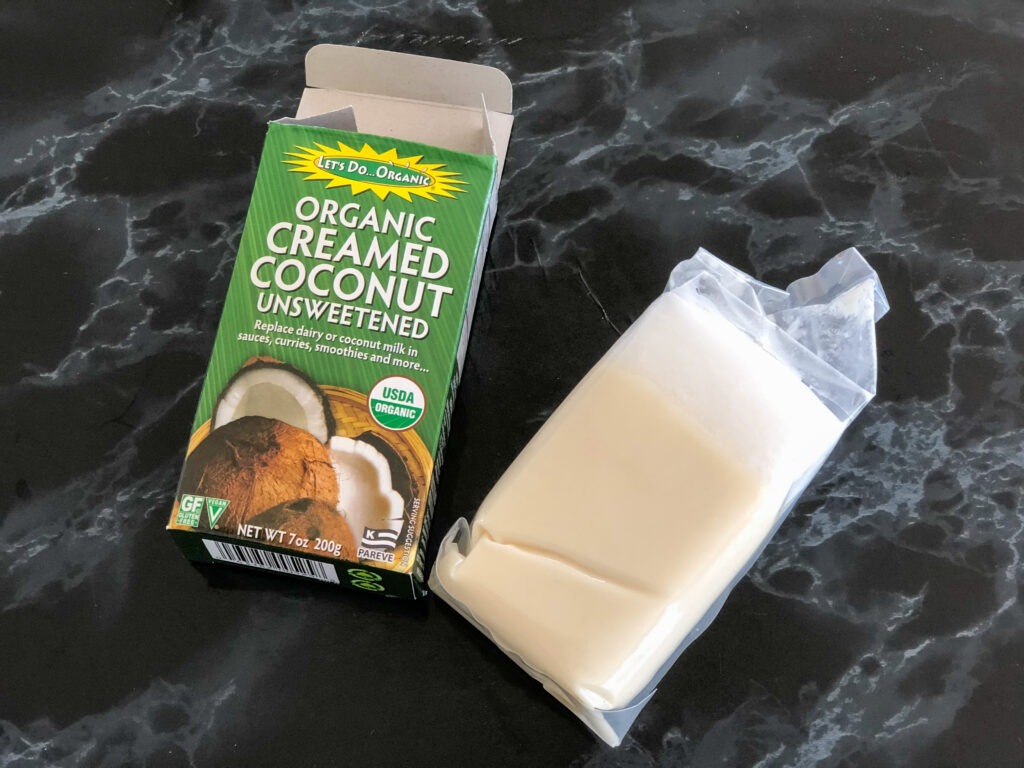 Now that we’ve covered Coconut 101, let’s get at the Coconut Mounds. 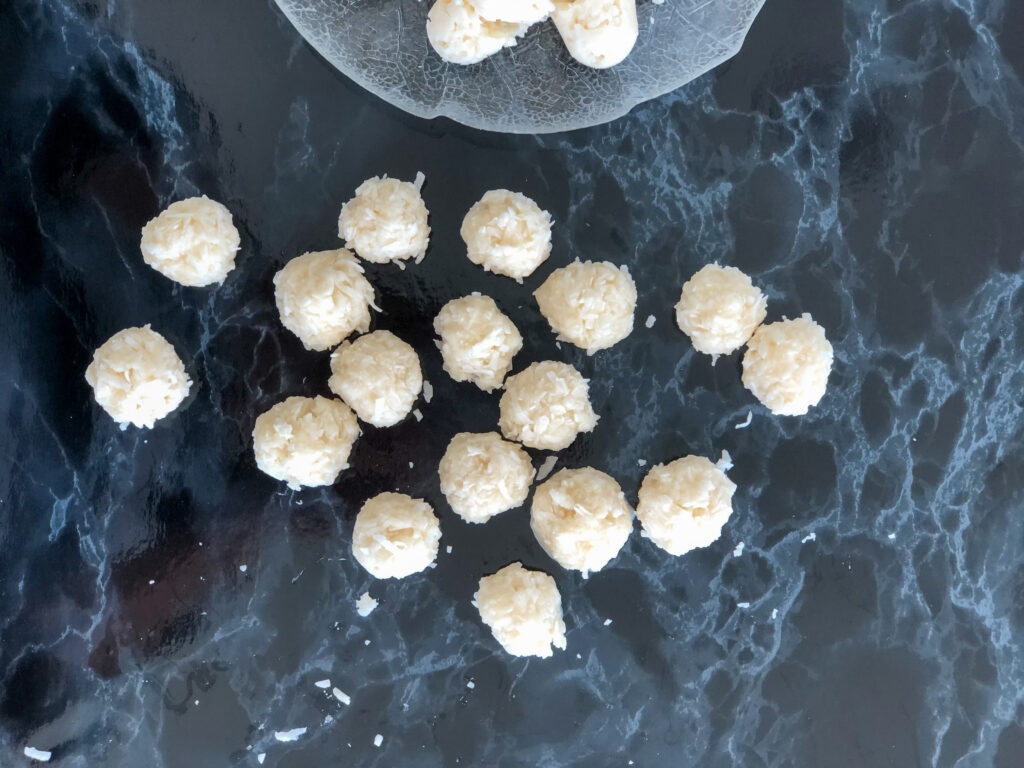