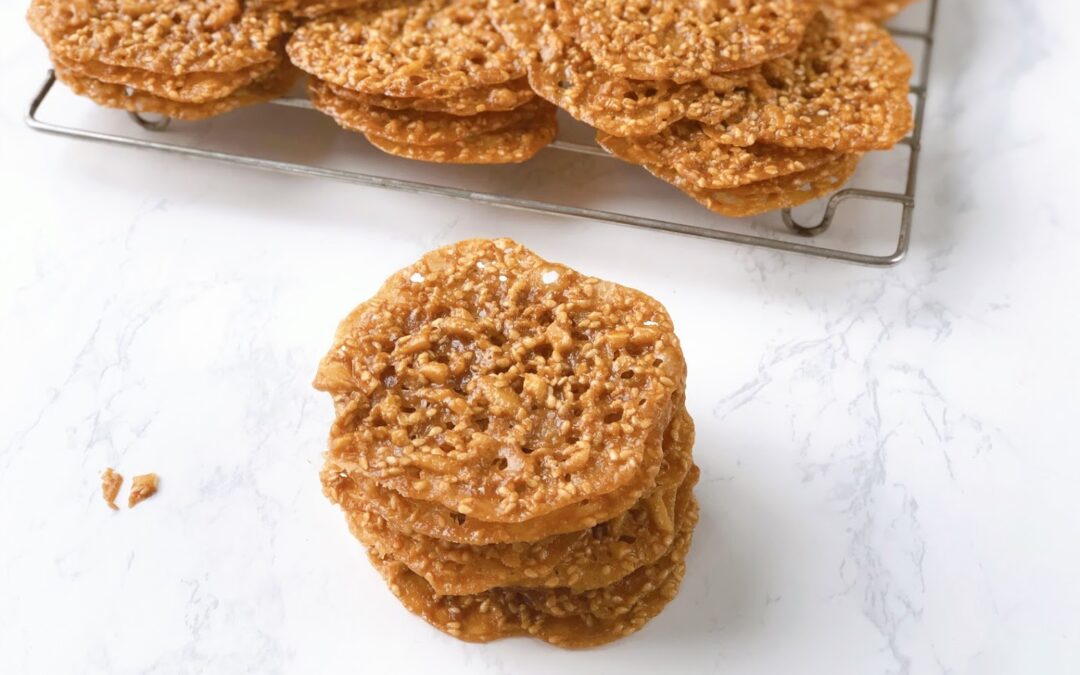 These Sesame Praline Lace Cookies are so simple, but so impressive. They cook to a beautiful crispy and chewy delicacy that is part cookie and part candy and are sure to become a holiday favourite. 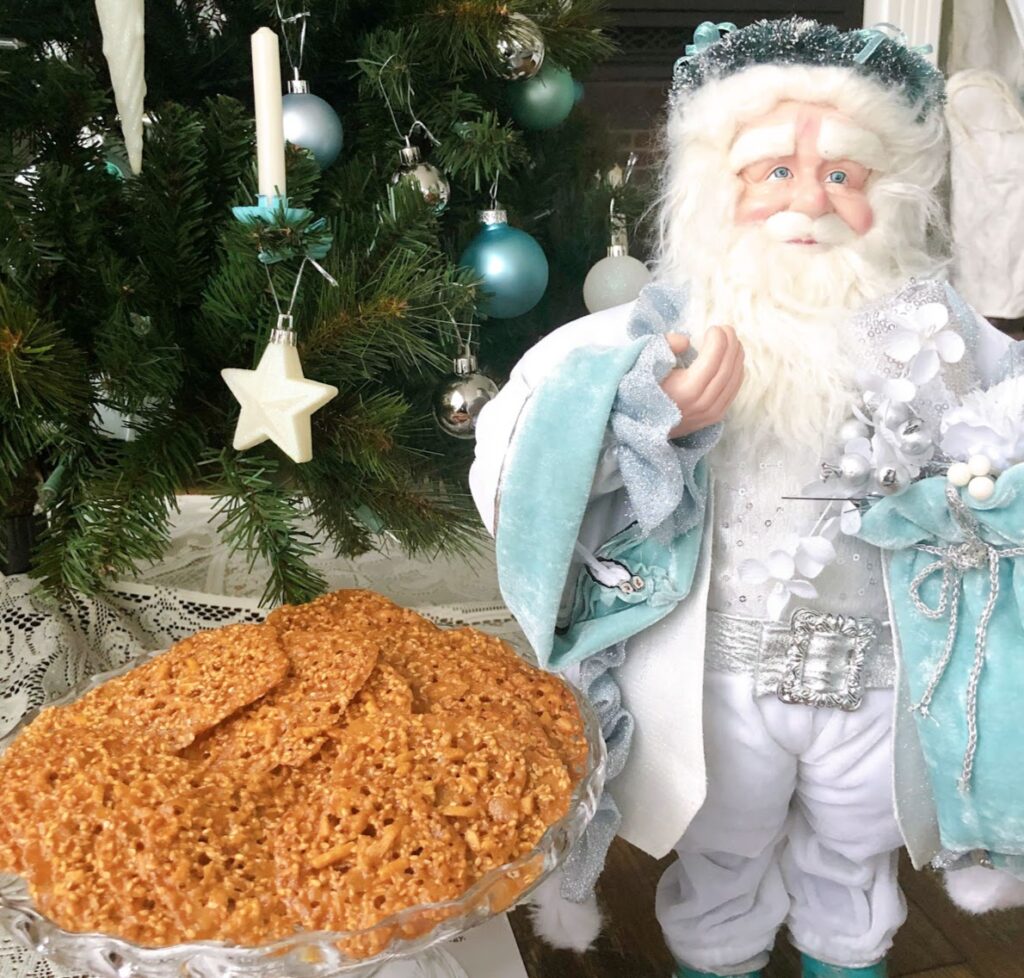 So, what is praline anyway? In North America we have come to think of pralines as candied pecans,  but pralines were originally made with almonds and boiled sugar which was often used as a filling for chocolates. The creator of pralines was a cook who worked for the French soldier Marshal de Plessis-Praslin in the early 18th century (1). Pralines were originally called “praslin” after the soldier. Praline continues to be a generic name for candies made with nuts and sugar. 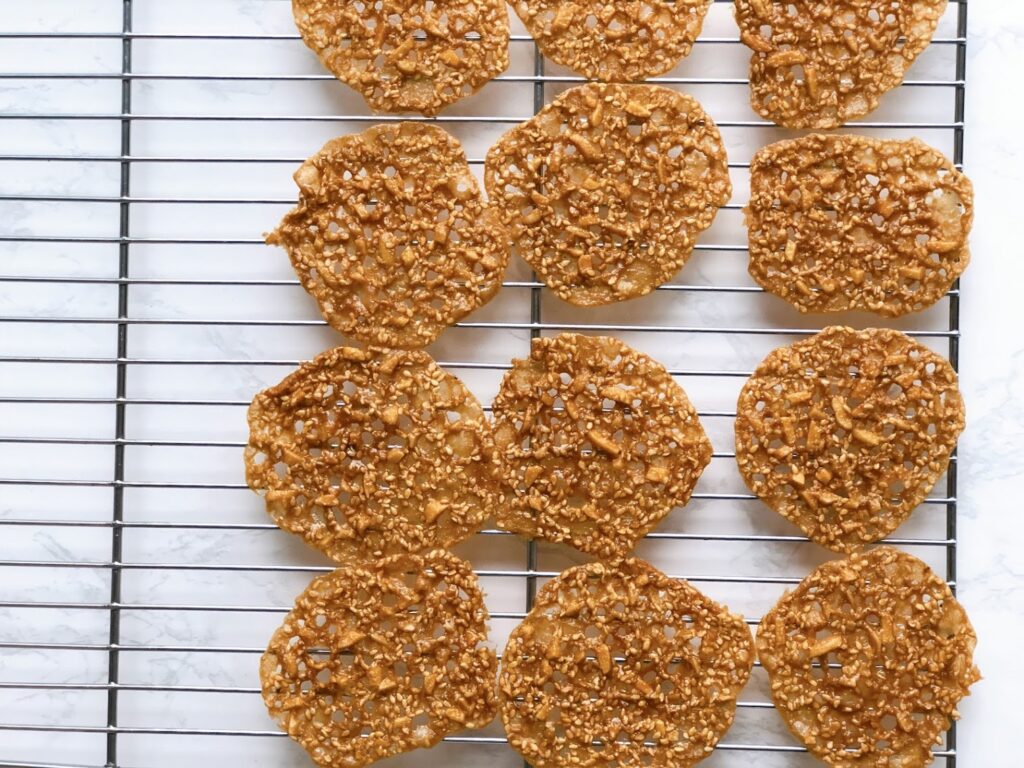 When the French arrived in Louisiana, they quickly discovered that while sugar cane was abundant there were no almonds available, so pecans were used instead to make praline confections. In addition to sugar and nuts, the Southern Americans added cream to their candy to make it even richer tasting (2).

My recipe for Sesame Praline Lace Cookies is dedicated to my love, as a tribute to his French heritage, his ‘Cajun cousins, and his commitment to always looking for healthier food choices 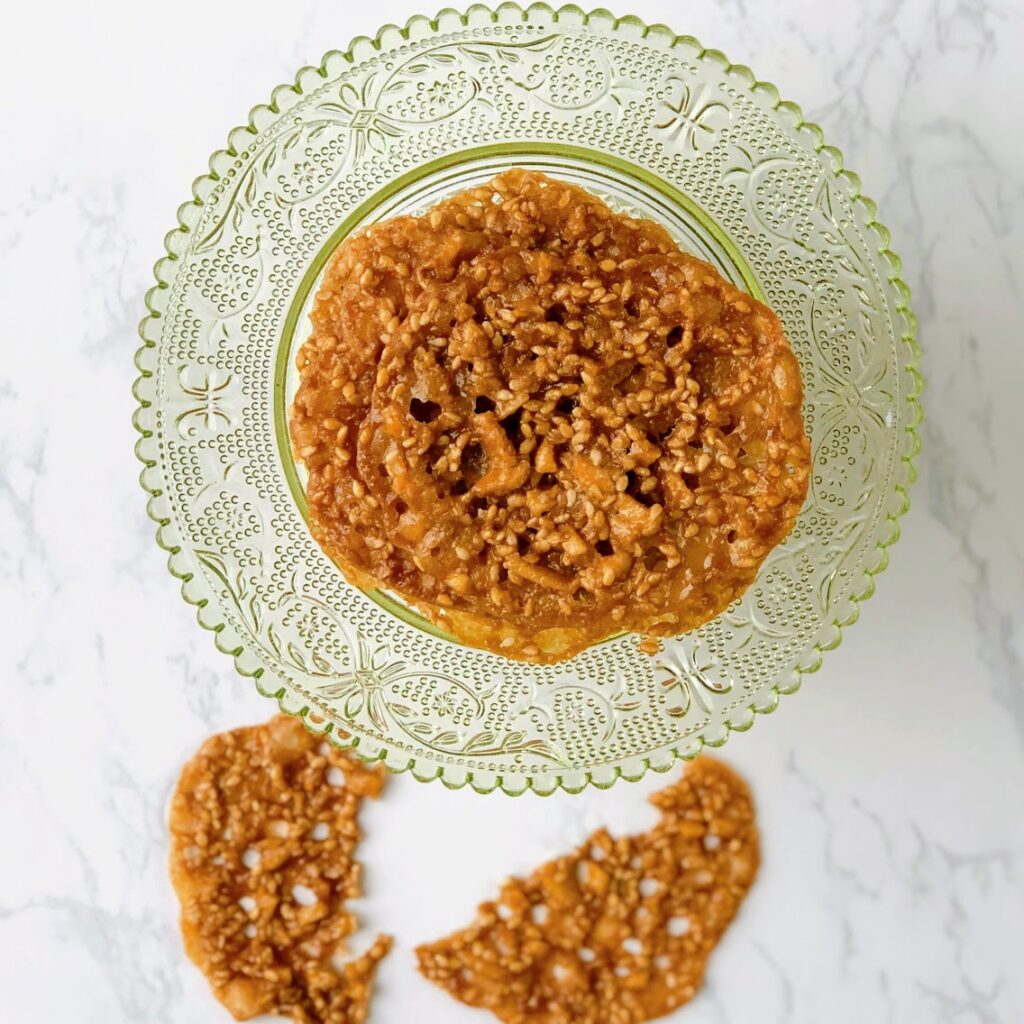 Instead of butter I used ghee in these cookies. Ghee is 99% butter fat, which means that the milk proteins have been removed, making ghee tolerable to most people who have dairy sensitivities. Instead of white flour, these cookies contain equal parts almond flour, sorghum flour and brown rice flour. Both of these are still sugars are less processed than white sugar, and therefore retain some nutrients. 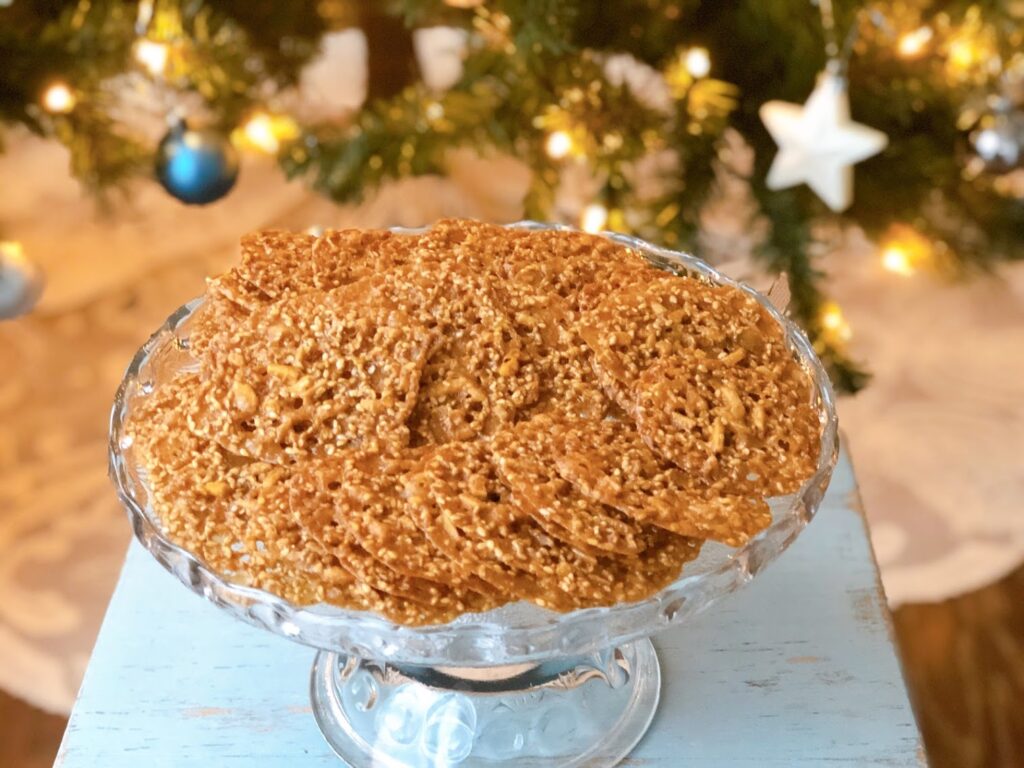 But let’s be honest, when we’re eating cookies or any sweet treats it would be an oxymoron to call them truly “healthy”, because sugar contributes to so many health issues. This is where moderation is key to consumption. Keeping our diets balanced and nutrients dense will support good health, even if we do eat a few cookies. 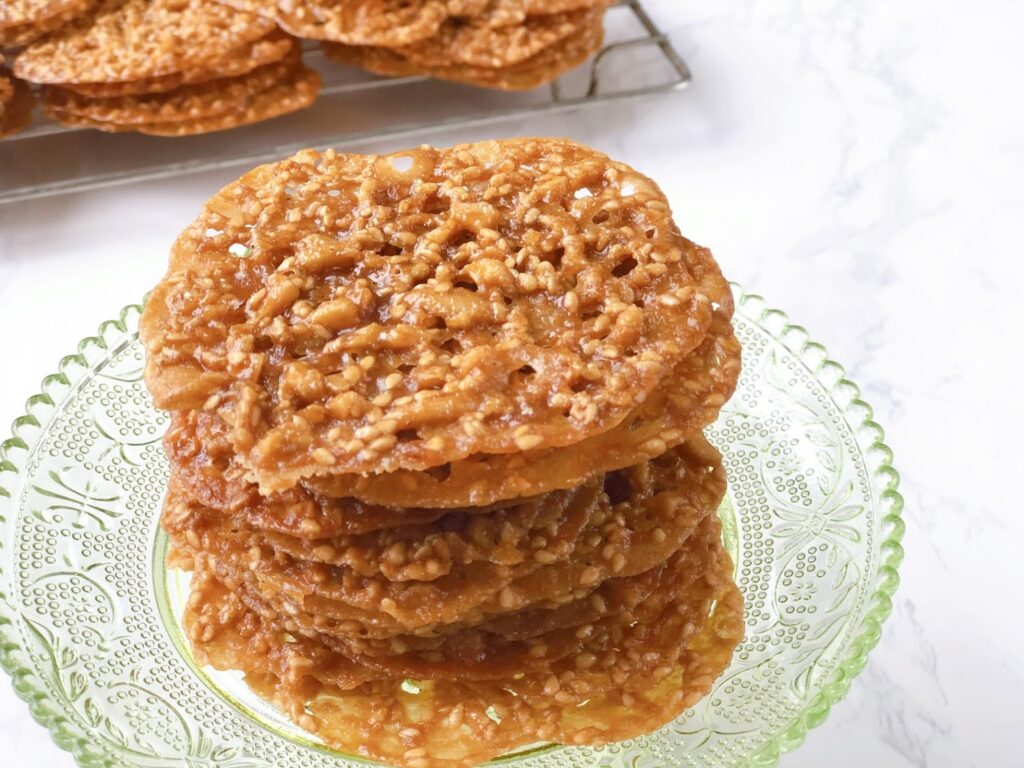 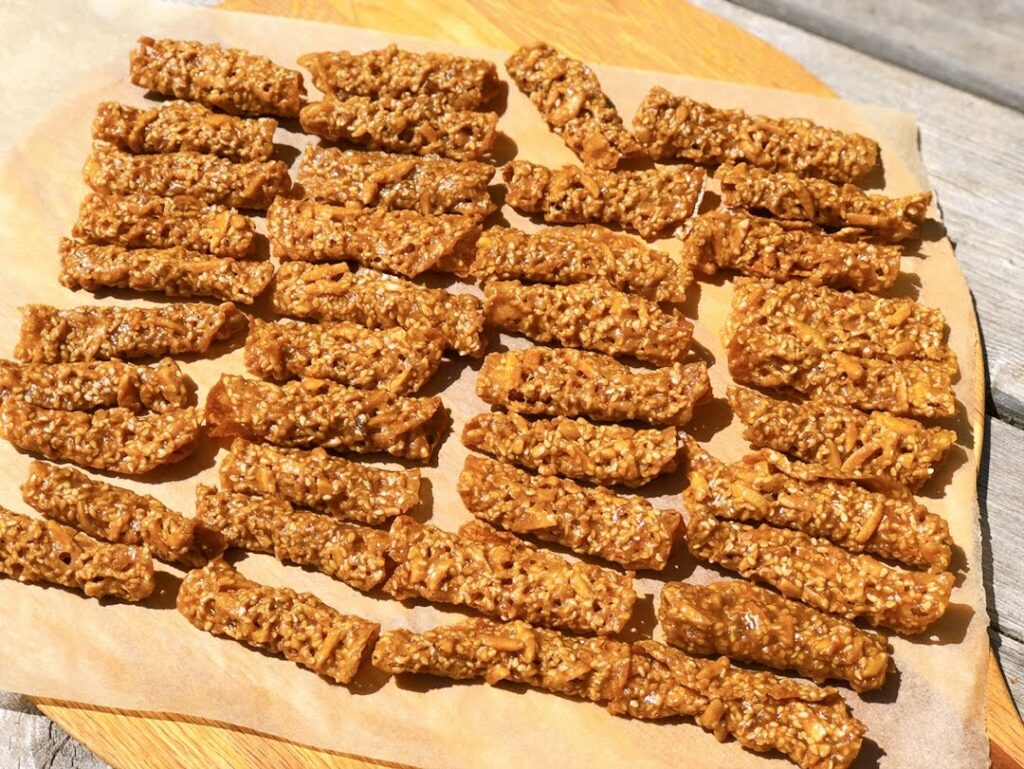